Save Time and Improve Grade - Get Professional Help Now!Estimated Price* $7.8 *Prices may vary as per change in requirements 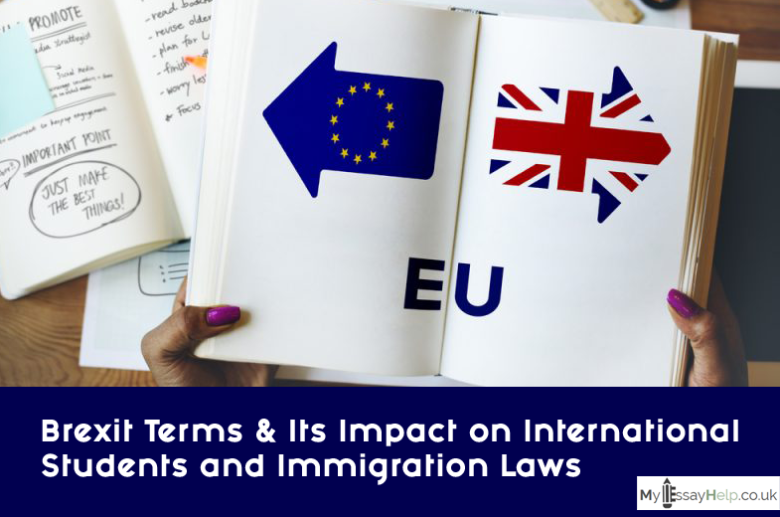 June 23 of this year was one of those better summer Saturdays in London – sunny and bright. Incidentally, the day also marked the two-year anniversary of the Brexit move. The controversial move got the UK their new Prime Minister Theresa May and drew flak from all quarters and continues to do so.

That is why Londoners amassed at various locations in the city on Saturday (June 23, 2018) to express their dissent at the entire Brexit issue. For the uninitiated, the term ‘Brexit’ – shortened form of “Britain exits” – refers to the UK’s decision to sever all ties with European Union. UK’s decision to leave European Union naturally has a plethora of repercussions that the state must deal with cautiously. In the light of the recent protests in London over the move, here is an overview of the what-when-hows of Brexit with a special focus on how it affects international students in the UK.

We all know how the UK voted in a referendum two years back to quit the EU. The terms that need to be agreed upon in the meantime before the entire implementation of new Brexit laws are as follows.

As we are about to enter the transition phase of hammering out the finer details of the rules and setting stones for the makeover of the entire economic systems, discussions regarding Brexit between the UK and EU primarily involve the issues as mentioned here. The 21-month transition phase allows some time for these issues to be resolved for good between the EU and the UK, and like every aspect in the state structure, the sphere of education will also not be spared when the time comes for implementing Brexit rules.

‘Hard’ and ‘soft’ Brexit – What They Are

Hard and soft Brexit are terms coined to refer to the nature of ties that the UK is supposed to have with the EU in a post-Brexit scenario. There are no set definitions for either of the terms. They are important for argument’s sake because the outcomes of both will be in stark contrast when Brexit is finally implemented in the UK.

On the other hand, soft Brexit refers to the UK taking a position similar to that of Norway, with the single market and free movement between the two zones. Soft Brexit would call for lax laws on visa, immigration and trade taxes, resulting in a more relieved scenario for the students from EU countries studying in the UK.

Transition Phase – Terms Of The Agreement Between The UK and EU

The UK will continue to be a part of the European Union until March 29, 2019 (11 AM, GMT). Starting from March 29, 2019, to December 31, 2020, the UK will go through a phase of ‘transition' to complete its departure from EU. The phase of transition will enable the state infrastructure, trade and commerce and other factors in the UK to be in place and shift to the post-Brexit way of life. It also allows additional time to lay down the Brexit rules firmly and reach a definite conclusion regarding issues such as free movement and single market. Pre-Brexit rules and regulations are to prevail (in most cases) in the UK during this phase of transition.

The UK and EU are yet to finalise all the terms of agreement for Brexit, and here are the ones that have been decided upon to set things in motion for Brexit to be implemented in the UK post-transition.

What Brexit Means for International Students In The UK

The UK has long been a seat of higher education for students from all corners of the globe. The quads and classrooms dotted with a mixed bag of students coming from various ethnic, racial, religious and geographical backgrounds in the country speak volumes about its multicultural student population.

International students in the UK will naturally be affected by the new norms and immigration regulations to be brought on by the May government. However, you have little reason to worry if you are from a country outside the European Union aspiring to study in the UK.

For EU students, however, the picture looks part-uncertain and part-grim as the matters stand currently. Here are some of the ways that your education might have an impact when Brexit comes into implementation following the transition phase.

As of 2014-15, there were a little over 120,000 students in the UK from European Union. As the country prepares for Brexit, the chances are that you will be deemed as an ‘international’ student once it is fully implemented as opposed to the earlier ‘domestic/EU’ students. This means that once Brexit is fully implemented, students from countries in the European Union will follow the same visa and immigration guidelines and fee structure similar to those from Africa, Australia or Asia.

While students from the European Union studying in the UK during the transition phase are likely to be unaffected by Brexit, those that apply to the colleges and universities in the country post-2019 will bear the brunt of more stringent laws and regulations along with a sharp hike in tuition fees.

Students from the EU who, wish to move to the UK for their studies during the transition phase, can do so without a care in the world about their tuition fees. The news is not so great for the ones who come to the UK after the transition period is over. While some universities and colleges in the UK are already offering tuition fee ‘guarantees’ for students from the EU, it is not sure how valid those slashed fees will be when the new fee structure for all international students are announced post-Brexit.

The British pound (GBP) lost 15% of its value within the first year of the Brexit vote when put against the Euro (EUR). Talks of cranking up the tuition fees in colleges and universities of the country are making the rounds in the education ministry. As per the current scenario, we can safely say that students from the EU looking to move to the UK for their studies post-transition will have to pay fees at par with the rest of the international students.

As far as reports about scholarships and grants go, the UK will continue to be a part of the Erasmus programme until the end of 2020. As soon as the transition phase ends, things might take a troublesome turn for international students applying for the scholarship programme to study in the UK. However, both UK and EU students can apply to the Erasmus Mundus Joint Masters Degrees programme for post-grad studies. The same applies to the Marie Sklodowska-Curie Actions programmer for PhD candidates.

The Home Office and UK Visa and Immigration (UKVI) are amidst a lot of turmoil in the wake of Brexit in the UK. The May government has already brought on a sea of changes in the visa and immigration regulations. Following the transition phase, students from EU countries will have to go for the same immigration procedures that the non-EU students applying to study in the UK have to go through.

Introducing more stringent visa and immigration protocols through the Home Office and UKVI, the British Prime Minister has announced plans to limit immigration following the implementation of Brexit. Great news for the ones already studying in the UK though: your student visa status will remain unchanged for the entire duration of your study.

Since immigrating into the UK becomes tougher with the implementation of Brexit, chances are that European academics would not want to go into the trouble of applying for teaching posts in the esteemed higher education institutions in the country. This makes it quite hard for the universities to fill the teaching positions with academicians qualified enough to uplift the high standards of education in the UK. However, British academicians are hopeful that the new laws would enhance the quality of education, as they would be ones taking up the cudgels in their countries.

From visa and immigration rules to tuition fees, post-transition Brexit is sure to bring about a world of change in education along with other sectors in the UK. International students, especially the ones from the EU, will be in a soup for the first few years trying to make heads or tails of the entire student visa and hiked tuition fees scenario.

British academicians and the media are hopeful that the post-Brexit UK would manage it fine when it comes to enhancing the quality of education and welcoming international students to their shores. The outcomes of such hopes would only be revealed by time. Till then, international students in the UK should make the most of the brief window of relief that they are enjoying in this transition phase.

Are You In A Jam Due To Tricky Essays To Submit Within Tight Deadlines? Let The Custom Essay Experts At MyEssayHelp.co.uk Take Care Of Your Essay Writing Troubles Today!

Sure, elaborate essays can sometimes be more difficult to comprehend than the updated immigration laws following Brexit in the UK. But don’t let essay woes get the better of you. Our team of PhD-qualified scholarly experts are right here to tackle all your academic troubles like a pro with the swiftest essay help services! Be it an argumentative essay or a reflective essay, you will find prompt and practical solutions with us at MyEssayHelp.co.uk.

Our team of scholarly experts are well versed with the requirements and guidelines of all the higher education institutions in the UK. Keeping all of those in mind, they compose your essays from scratch and revise it thoroughly. Not only essays, but you will also find invaluable assignment help, dissertation help, case study help, term papers, thesis help, coursework help issues and many more at MyEssayHelp.co.uk. Maintaining the highest standards of quality and ensuring splendid grades for you are our primary goals, and we strive to attain them in every essay or assignment that we deliver.

Here are some of the perks that you additionally get when availing our renowned essay writing services.

Why waste time trying to wrap up tough essays and assignments? Consult the team of custom writers with PhDs at MyEssayHelp.co.uk to get them done for you in a jiffy! 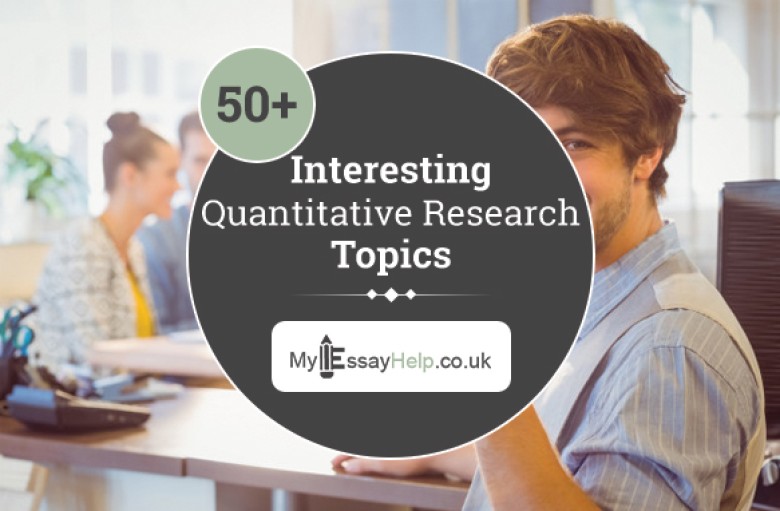 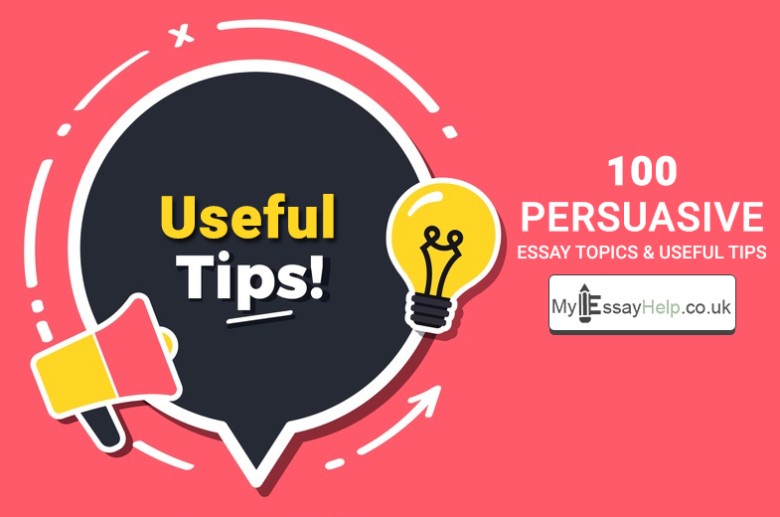 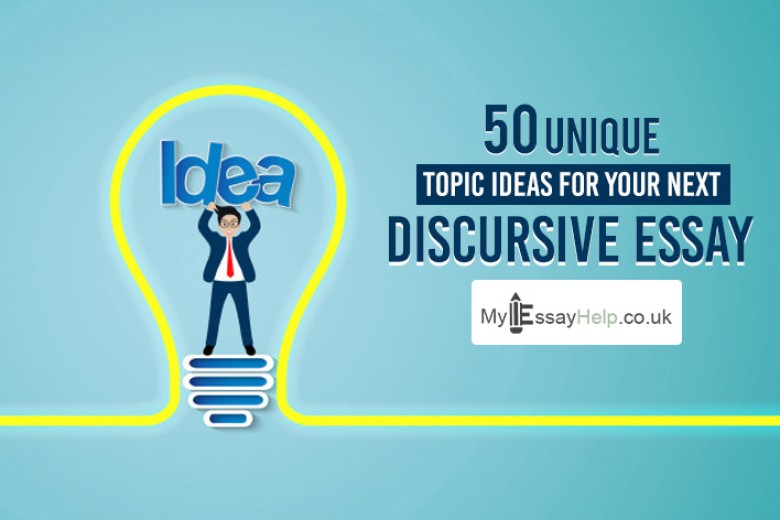 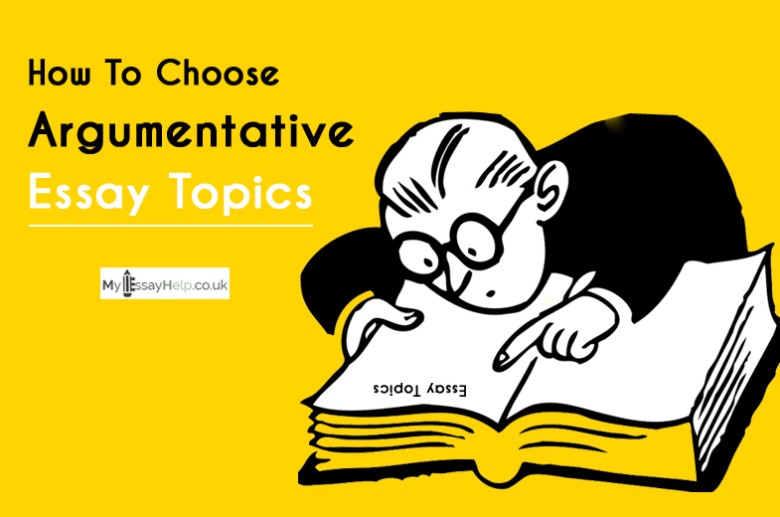 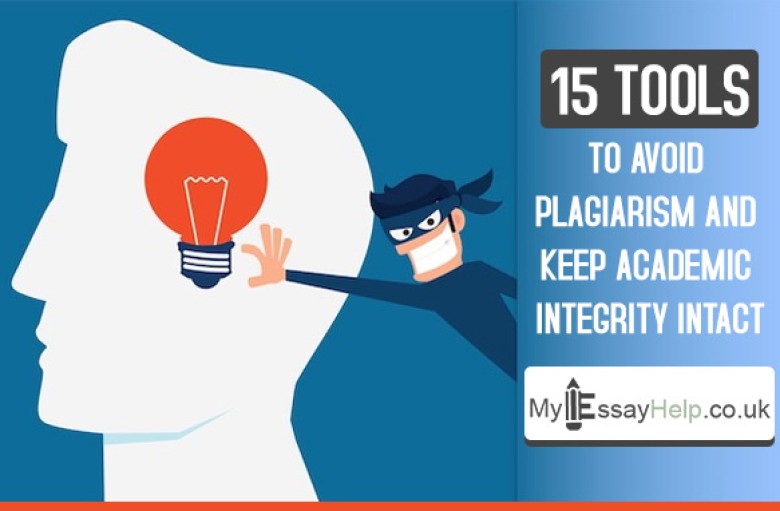 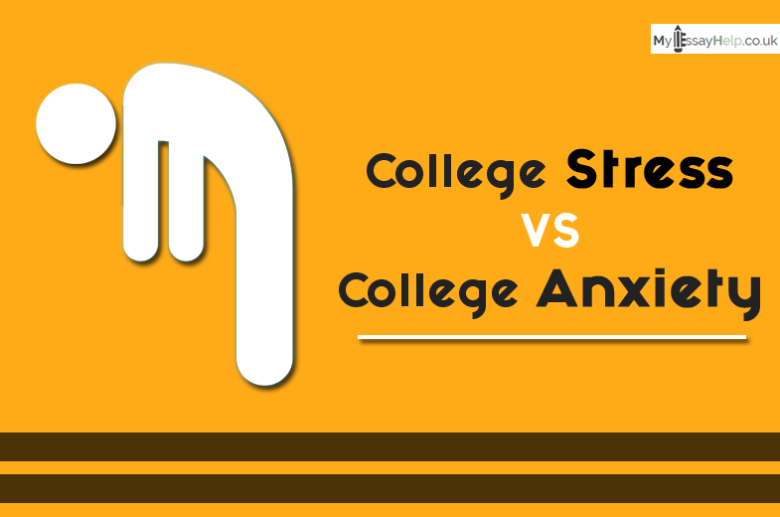 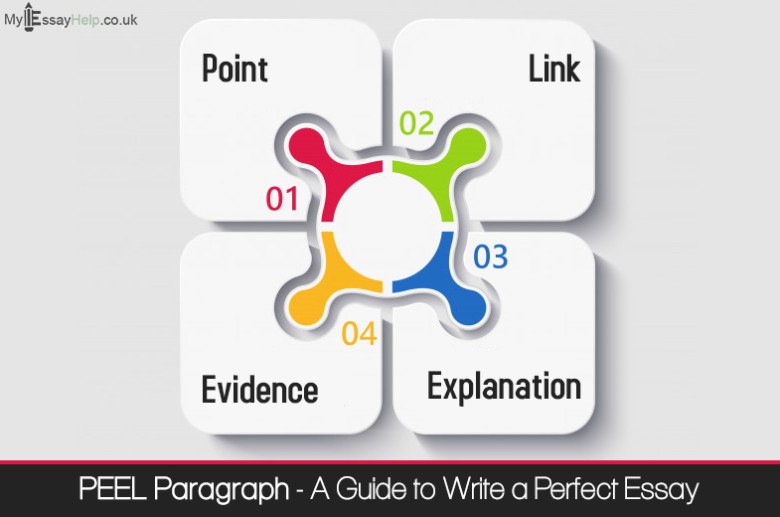 PEEL Paragraph a Guide to Write a Perfect Essay 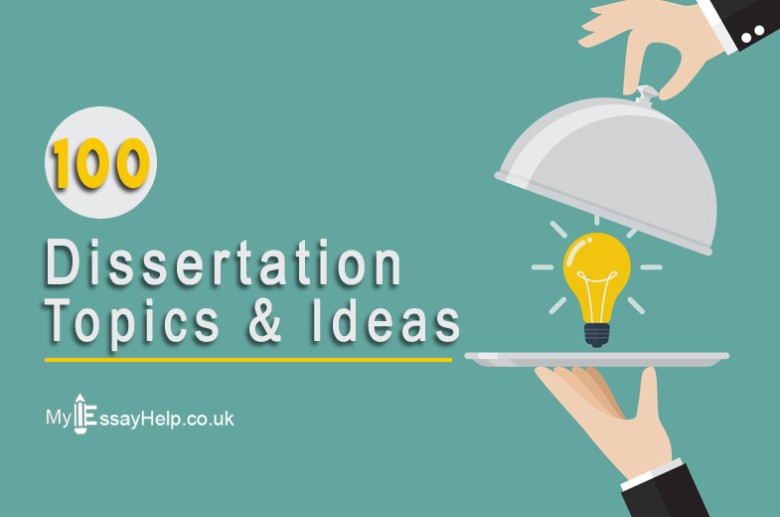 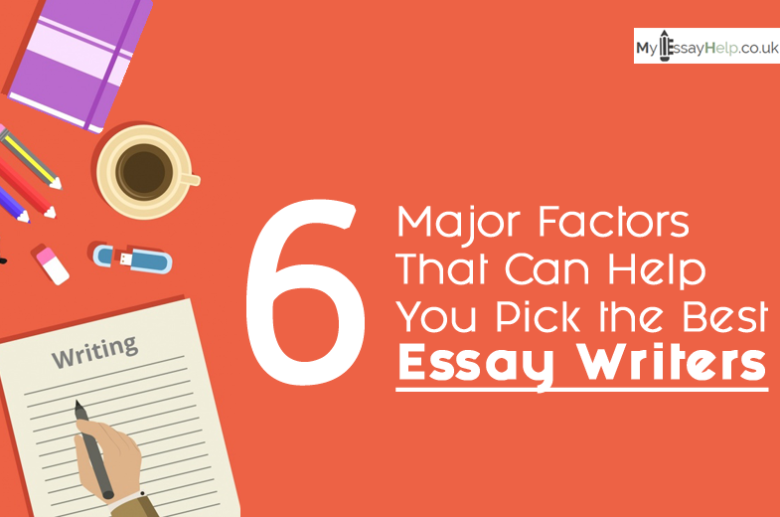 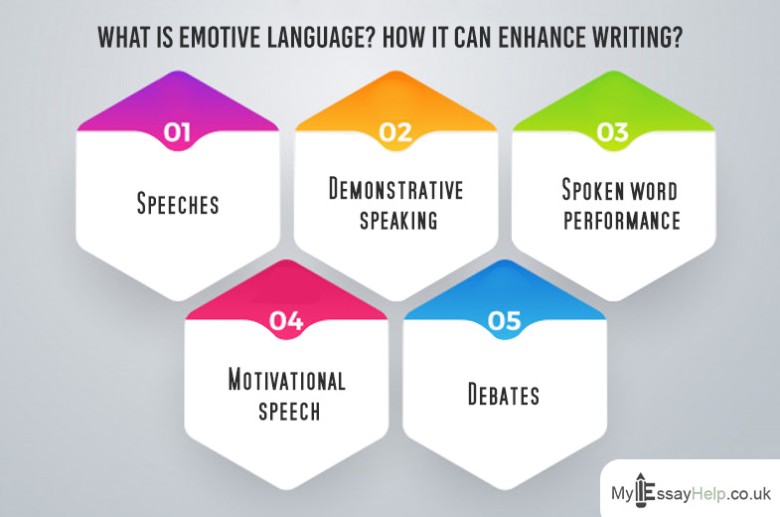 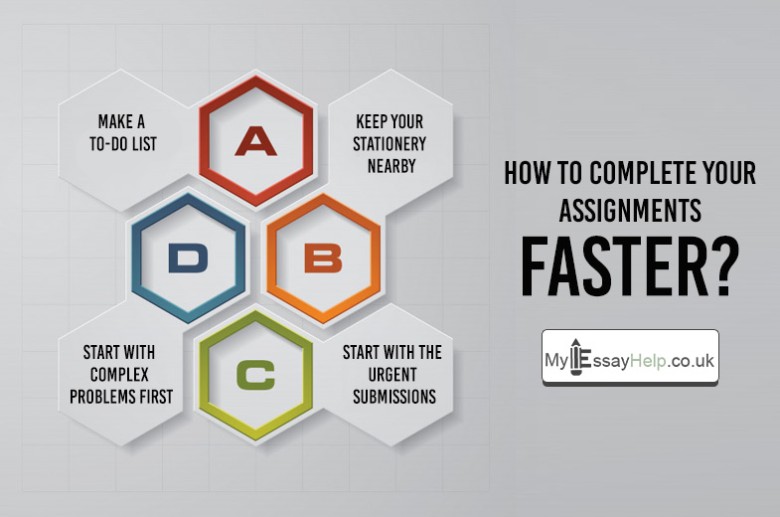 How to Complete Your Assignments ahead of Deadline

You can place your order for free now. Simply submit your order and see what our writers can Subscribe to get regular update!

Thank you for commenting.

Thank you for subscribed newsletter.

Reach the heights of your academic career with the unprecedented essay writing support from the industry stalwarts.

Get acquainted with the top essay helpers in the country and glide smoothly towards your academic goals with the necessary essay writing help online from UK’s top professionals.

Thank you for subscribing our newsletter

Check out the various custom assignment help services at Myessayhelp.co.uk. Hire our experts for any of these services and give a boost to your grades.

Just By Sharing Your Requirements With
Our Agent